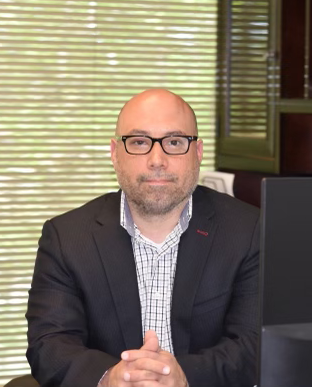 Mr. Abad is an expert with over eighteen years of experience in the legal field, holds numerous degrees, and is bilingual.  Over his career, Mr. Abad had the pleasure of training attorneys, paralegals, legal assistants, and office staff on legal issues and procedures.  He has also taught Introduction to Law and Legal Research and Writing as an adjunct professor at Gwinnett College.  He has served in the U.S. Army, and has served with the United Nations in Macedonia as a U.N. Peacekeeper.  In 2005, he had the honor of serving in the Georgia National Guard at the G-8 Summit when President George W. Bush hosted leaders from different nations.  Additionally, Mr. Abad volunteers his time and resources with the Knights of Columbus and the Georgia Innocence Project. During his free time, he spends it with his lovely wife, beautiful daughter, and their mean dog named Olive.

Gilbert Abad
Scott A. Pryor, Attorney at Law, LLC
Scott Pryor Law is a firm ranked in the top 1% of trial attorneys in the entire nation by the Litigator Awards, the nation’s highest honor in trial law. We specialize in serious injury and wrongful death. Our firm will aggressively fight for you and your loved ones. Having practiced personal injury throughout his legal career, Scott continues to handle cases across Georgia and all over the United States. The goal of Scott Pryor Law is to help the “whole” client heal, taking into account each client’s unique set of circumstances.
6185 Crooked Creek Rd NW Peachtree Corners,
GA 30092
(404) 474-7122 N/A
N/A