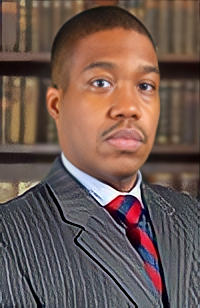 Walter Yarbrough graduated from the University of Alabama in Tuscaloosa, Alabama with a B.S. in Early Childhood/Elementary Education. He went on to receive his J.D. from Mercer University School of Law. He is admitted to both the Georgia and District Columbia Bars. Walter has practiced in metro-Atlanta since law school and focuses his career on litigating cases for people who are injured as a result of automobile collisions, tractor-trailer crashes, premises liability, and wrongful death. Walter was a member of the Gate City Bar Association and Atlanta Bar Association. The first half of his career, Walter worked in the public sector in the Fulton County District Attorney’s Office and the Office of the Fulton County Attorney.

Walter has recovered millions of dollars in settlements. Walter has successfully resolved personal injury claims against, insurance companies, grocery stores, Walmart and others.

In Walter’s free time he enjoys travel, dining, and the occasional round of golf.

Walter Yarbrough
Scott A. Pryor, Attorney at Law, LLC
Scott Pryor Law is a firm ranked in the top 1% of trial attorneys in the entire nation by the Litigator Awards, the nation’s highest honor in trial law. We specialize in serious injury and wrongful death. Our firm will aggressively fight for you and your loved ones. Having practiced personal injury throughout his legal career, Scott continues to handle cases across Georgia and all over the United States. The goal of Scott Pryor Law is to help the “whole” client heal, taking into account each client’s unique set of circumstances.
6185 Crooked Creek Rd NW Peachtree Corners,
GA 30092
(404) 474-7122 N/A